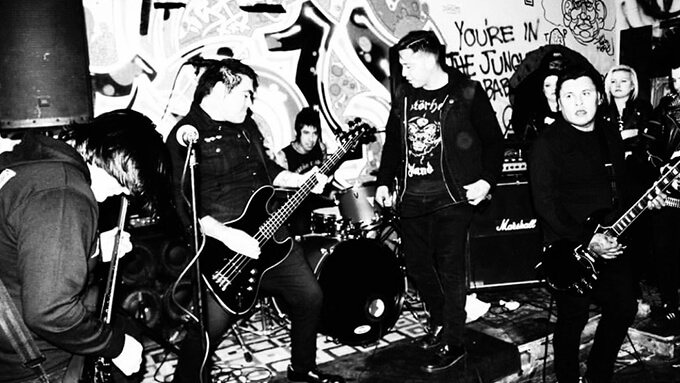 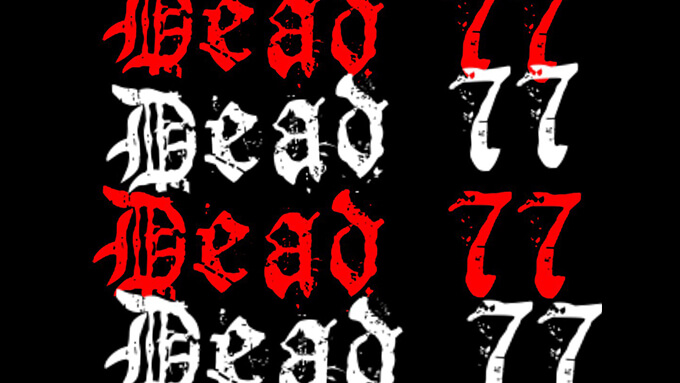 Dead 77 bring the noise, power, and punk rock fury needed in this time of Trump’s America. The Los Angeles-based band cranks through a set with a sneer and a smile while frontman Jorge Martinez pumps up a crowd through sheer energy and willpower. Fans of bands like Adolescents, Black Flag, Clit 45, and Minor Threat, will easily pick up what these dudes are laying down and in a major way.

Formed in 2005, Dead 77 has, like any other band, hit a few speed bumps along the way in terms of members coming and going, but guitarist Mike Maldonado convinced Martinez to give it one more go in 2016 and the band has taken no prisoners since. Joining Martinez and Maldonado is bassist Mel Trinidad, rhythm guitarist Anthony Johns and drummer Chili Espinosa who form a propulsive rhythm section ready to slay audiences from LA to the UK. The band played two impressive sets at the 2018 Rebellion Festival in Blackpool, England and look forward to crossing the pond again and again to play their brand of punk for crowds who appreciate a good circle pit and sing along.