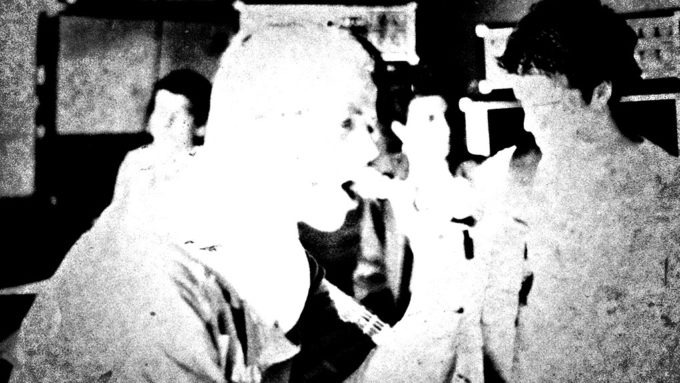 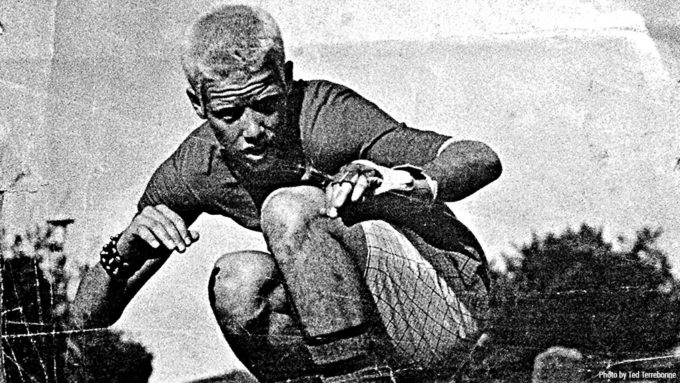 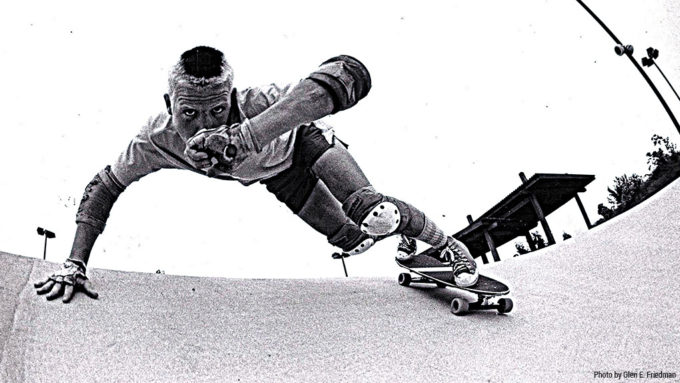 Once known as The Sharxx, Political Crap started when Duane Peters and Mike Jost became reacquainted after a short stay at Hoag Hospital (Irvine, California) in January of 1979. Jost and Peters knew each other from being part of the same surf scene as they were both members of the 47th Street 5:30am crew.

According to Peters, “(Jost) went off a cliff in Mexico and broke his femur. I went down a flight of stairs, breaking my elbows (pretty) bad. I almost lost one from staff infection.”

Jost was in the orthopedic wing, which was one flight up from where Peters was holed up in the pediatric ward and one day, Peters heard Jost playing guitar, so the two began playing songs together with Peters singing over Jost’s guitar. Jost got out after two months, but continued to come in and visit Peters during the third month of his stay to work on songs.

After Peters left Hoag Hospital, he entered his first professional skateboard contest and placed ninth a mere 10 days after being released. After returning home from the contest, Peters joined Jost and some other guys from the 47th Street crew for a jam session at Jost’s father’s warehouse. Two months later, The Sharxx played at Big O in the freestyle bowl with TSOL and Butchy’s Hoods (who featured fellow pro skater Steve Olson, later of the Joneses).

“We played, but the whole band was nervous… mainly Alan Brown, the drummer, so I fired him right there when he was packing his drums. I said, ‘You’re out, man!'” remembers Peters.

After this, the band changed their name to Political Crap and enlisted drummer Tony Slug after seeing him play at the storied Cuckoo’s Nest. The band immediately wrote three new songs taking their setlist up to thirteen songs (including a few covers) that they began to play at parties around town. Some of these parties included The Rich Bitches from Mesa Verde, California and eventually Political Crap hooked up with Shattered Faith for a couple of shows at a spaghetti restaurant called The Hide-a-way.

As the band continued, they played shows with The Chiefs and were approached by a small label to appear on an Orange County compilation album featuring bands like AKA, Shattered Faith, The Chiefs, Suspects, and several others. The songs from this compilation are featured on the new Slope Records 7″, Slow Death.

Peters, at this point, had moved to Orange, California to be closer to the Big O skatepark. With contest winnings, he outfitted the band with some proper gear to practice on and things were really beginning to take shape until a fateful gig at the Cuckoo’s Nest. Political Crap had been slated to play second to last one night, but after a brilliant sound check they were tabbed to headline. The band decided to go back to Peters’ home practice studio and party before the show. After tearing through a pony keg and some Quaaludes, the band was in no shape to play and when they got back to the Cuckoo’s Nest, they proceeded to get in a brawl with each other on stage, resulting in the end of Political Crap.