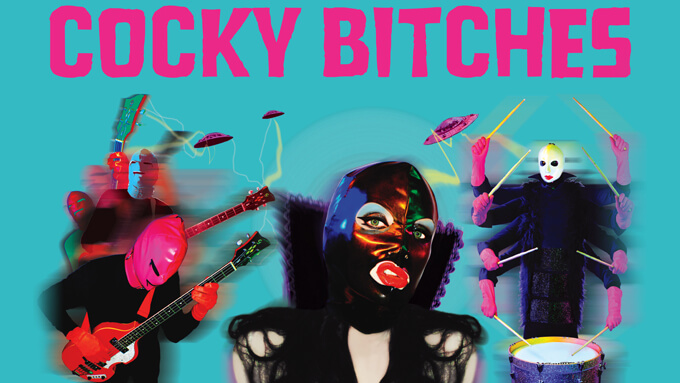 When Paul Leary, legendary guitarist and producer of the Butthole Surfers, says he’s got some new music to share, the first thing you do is shut up and listen. The Cocky Bitches are Paul’s new band and goddamn it, they are amazing. Joining Leary is drummer Sam McCandless from Cold and vocalist The Baroness (aka Formica Iglesia), and the three of them make a mighty big Mushroom cloud of Beautiful Distortion. Paul Leary (guitars/bass/keys), with good friends Sam McCandless (drums/percussion) and the Baroness possessed and howling on vocals got together roughly ten years ago forming Carny, later to become The Cocky Bitches. Writing and recording what is sure to become a cult classic.

The Cocky Bitches powerful Psychedelic blues is lulling to the ear with its beautiful doomy sounds yet disturbing to the psyche as they Scream, Beat and Grunt their way thru upcoming Slope Records releases, the 7″ EP, TV’s Ok, and the full-length LP, Mercy.