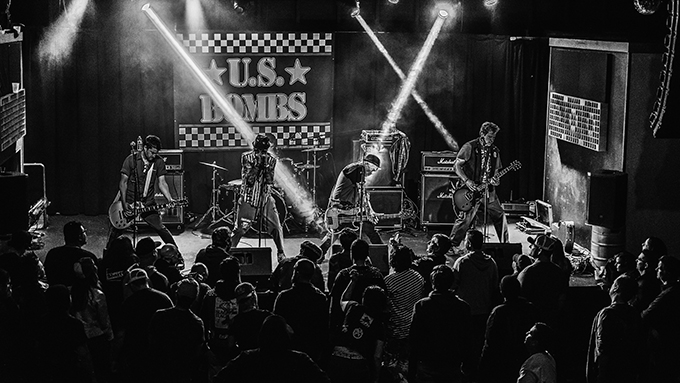 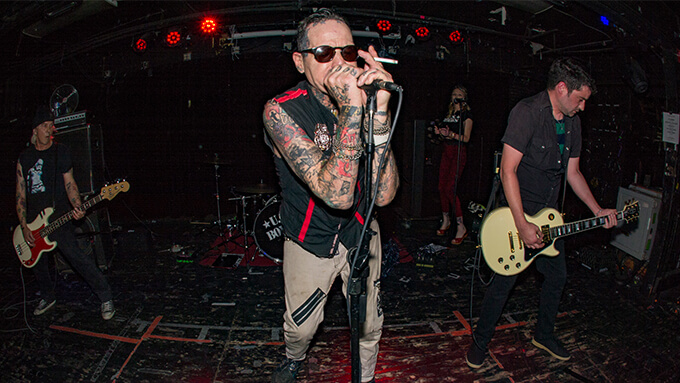 Love’em or hate’em, the US BOMBS are a part of American Punk Rock history. Led by Duane Peters, the Bombs (as they are known to their legion of fans) have toured the world and have released a pile of great vinyl over the years. As 2017 gets ready to turn into 2018, the Bombs are back in action and recording music for Slope Records while they prepare for a US tour in January and early February. The band has two new releases set to drop, one of which is a Clash tribute EP and one is an EP of brand new songs.

A blend of ’77 era street punk, beer-soaked wisdom, and early skate rock influence, the US BOMBS are an anomaly in a sea of hardcore, pop-punk, and indie bands who are less than half their age, yet Peters and crew will out rock you, out drink you, and kick your ass with a smile on their face and a hug at the end of the night. Look for a full-length record out on Slope during 2018. The Bombs will be playing their highly recognizable brand of punk at a venue near you soon.