40 Years in the Making: Exterminators’ Product of America

Any time you have the opportunity to bring together four extremely talented and slightly, how shall we say, off-center musicians for a recording, something extraordinary can happen.

In late Spring of 2016, Slope Records organized a once-in-a-lifetime reunion with Exterminators at Minds Eye Recording on the west side of Phoenix to lay down the tracks that would soon become their first studio album, Product of America. If you find yourself shocked when faced with the realization that you aren’t the walking-breathing punk rock encyclopedia you assumed yourself to be, well strap on your punk rock training wheels, kiddo, because apparently it’s time for a history lesson.

Exterminators were born in 1977 out of many of the same punk rock ingredients as their early peers: angst, empathy-by-force, impulse, and necessity. Several young dudes came together, bashed out some songs, and damaged a few brain cells along the way while helping to lay the foundation for the Phoenix underground music scene to come. Some of these dudes you may have heard of once or twice; Don Bolles (Germs/Ariel Pink), Dan Clark (Feederz/Victory Acres), Doug Clark (Mighty Sphincter), and Cris Kirkwood (Meat Puppets) resurrected the Exterminators to descend upon the masses and bestow their timeless recording of Product of America exclusively for Slope Records.

While expectations were high, the recording sessions that took place over a couple of weekends in May were nothing short of spectacular. Watching Don Bolles lay down drum tracks to songs he originally played forty years ago without the use of a click track or scratch guitar, bass, or vocals was incredible. Cris Kirkwood and the Clark brothers, Dan and Doug, would huddle around a laptop and listen to the decades old recordings of the Exterminators songs to figure out exactly what needed to be played on the upcoming Slope Records release, fine tuning as they went along, and then cranking out the killer blend of the past and present that permeates the sixteen tracks on Product of America. It was a party, for sure, but when there was work to be done, the Exterminators killed it.

Slope Records is immensely proud to be given the opportunity to bring to you not only this exclusive 12″ LP, but some killer Exterminators apparel, as well. Exterminators – Product of America 12″ LP will hit the racks on election day, November 8th, but you can pre-order it now here, only on sloperecords.com.

Clearly, Exterminators is the only “good” choice you could possibly make this election season. 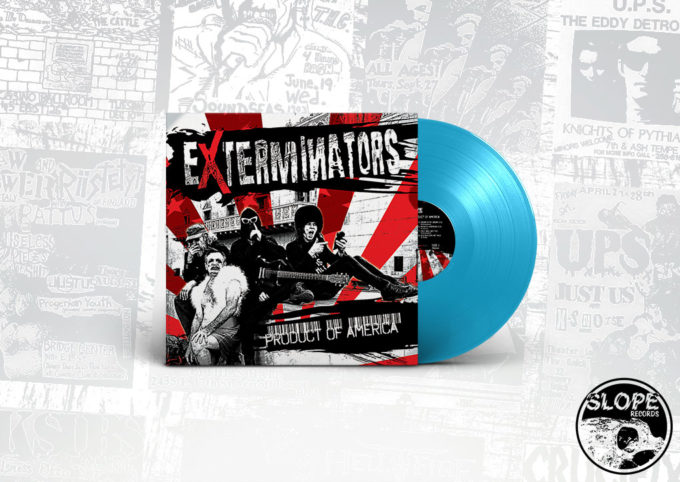 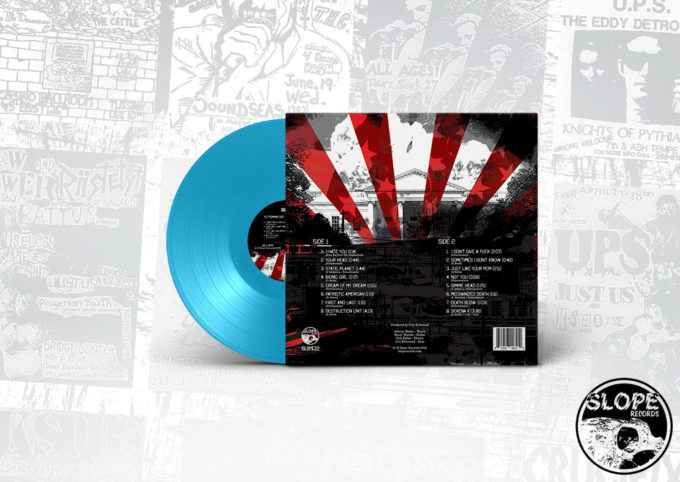 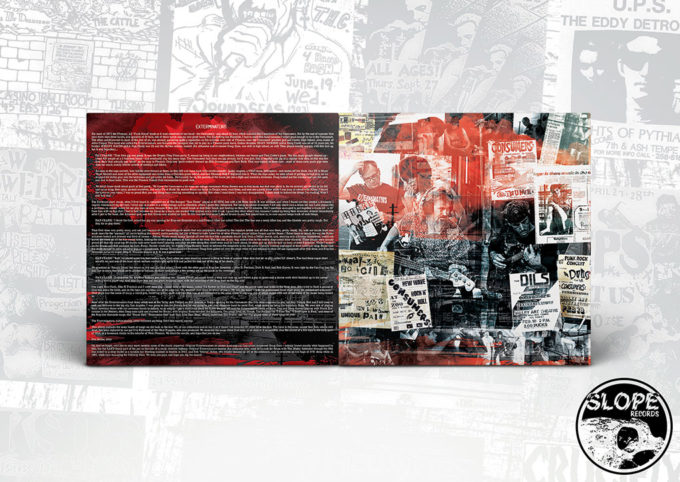