Duane Peters is the real goddamn deal. The skater/philosopher/punk rocker bad ass motherfucker formed what became his second band, Political Crap, out of the ashes of his first band, Sharxx, in the summer of 1979 and by 1980/81 Political Crap was over and it was on to the next project, but not before the boys in the band cranked out three songs for the American Standard Compilation, Who Cares. The five pieced band was made up of Peters on vocals, guitarists Mike Jost and Ian McFarlane, bassist Chris Barclay, and drummer Tony Slug. 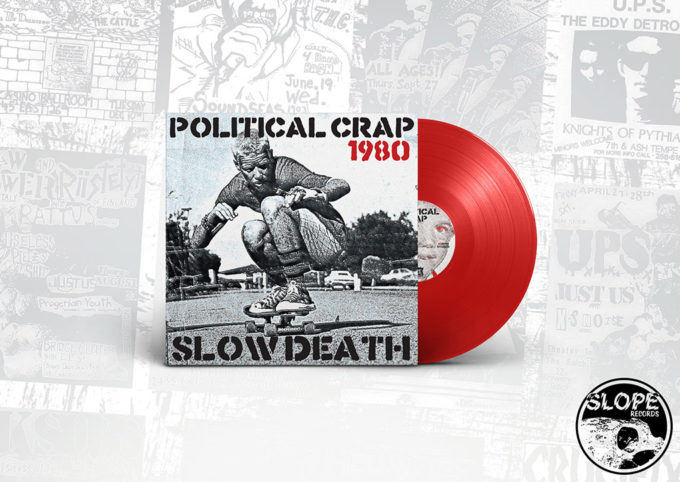 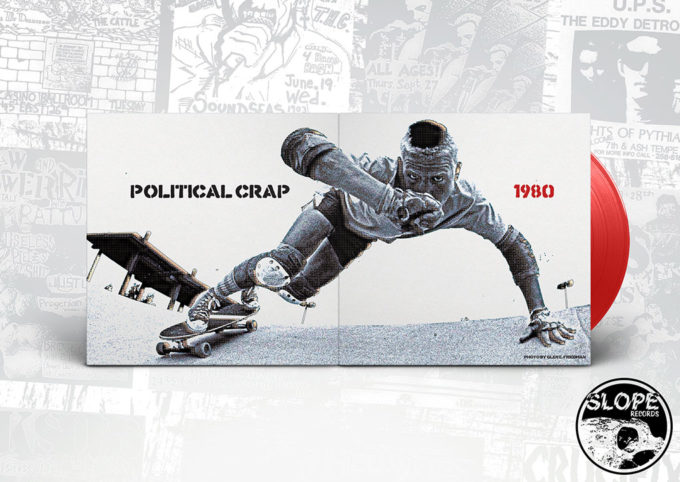 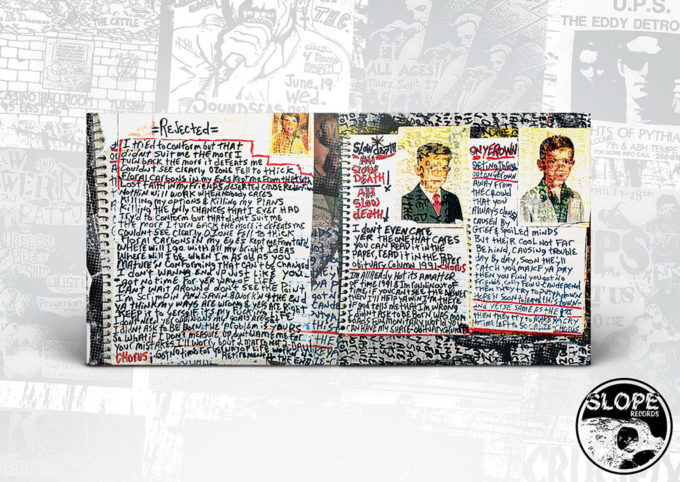 Slope Records is proud to release the three tracks, “Slow Death,” “On Yer Own,” and “Rejected” on Slow Death 1980 7″ Single in early 2017. These three tracks are killer, early 80s punk rock gems that haven’t been available for over 35 years on vinyl. We couldn’t be prouder to release these songs and are more than stoked to work with Duane Peters. See you in the bowl, the pit, and everywhere in between.