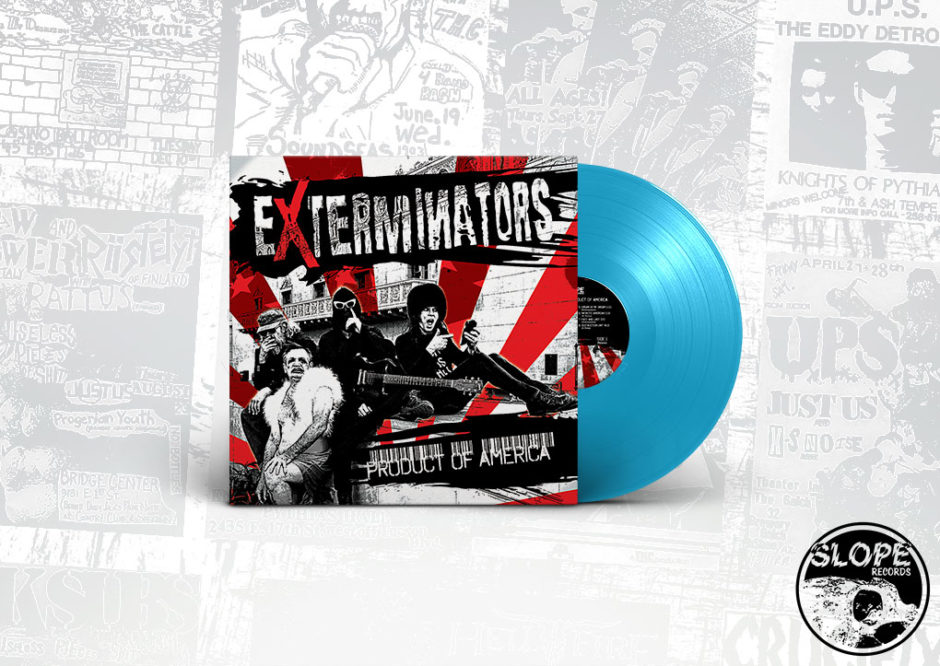 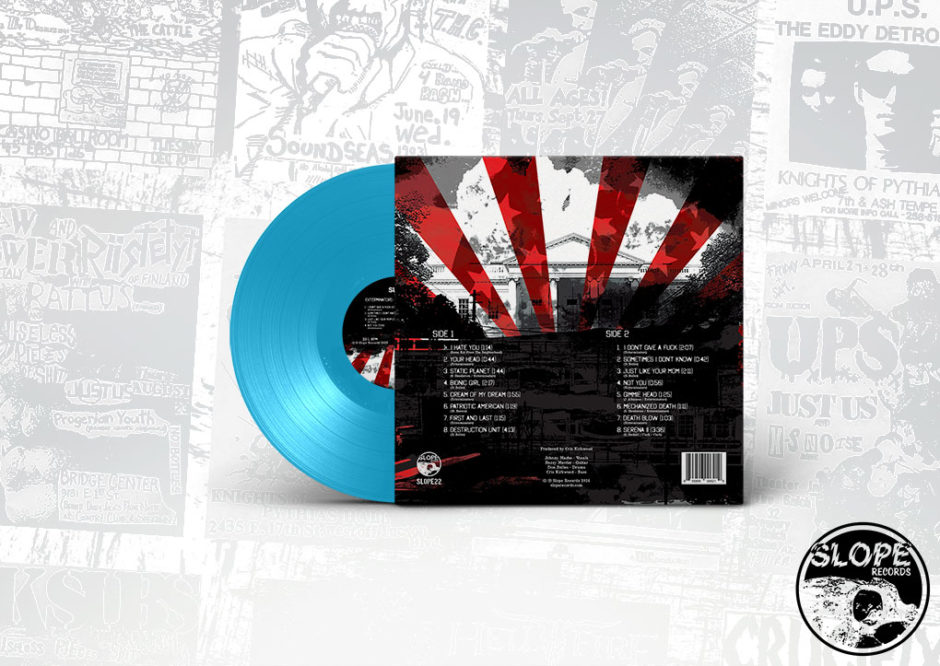 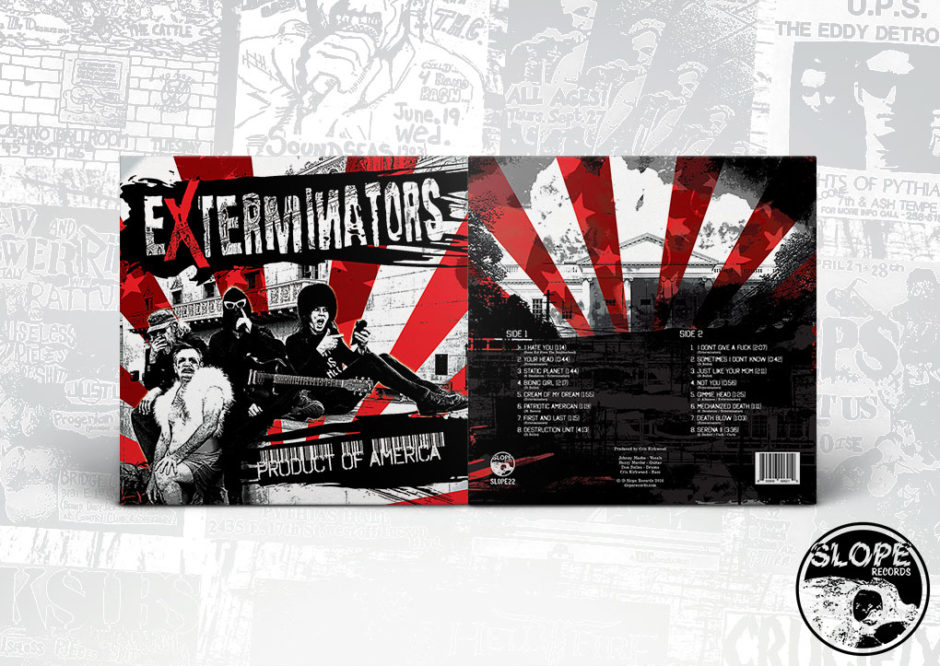 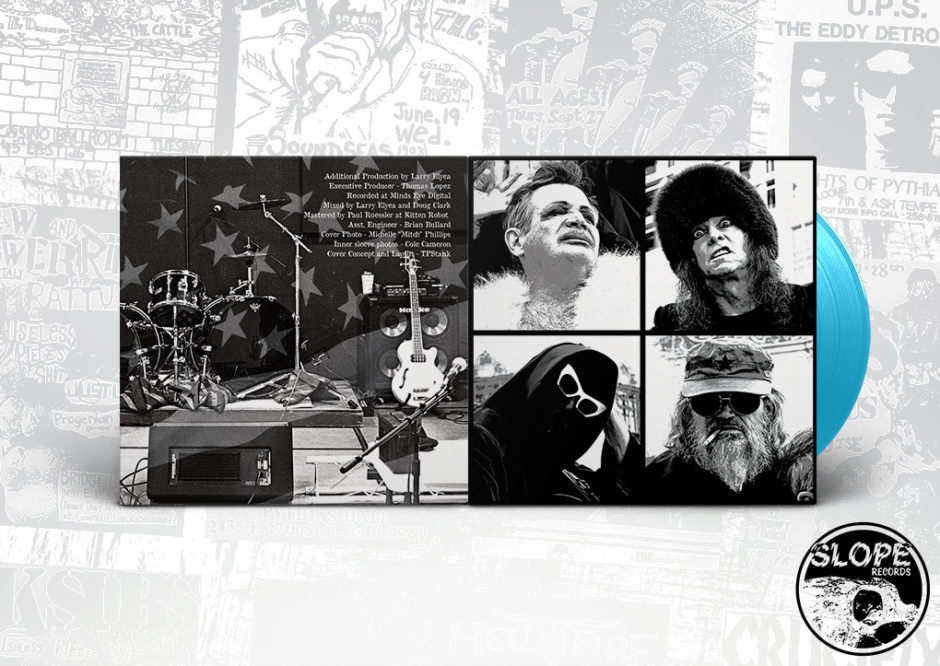 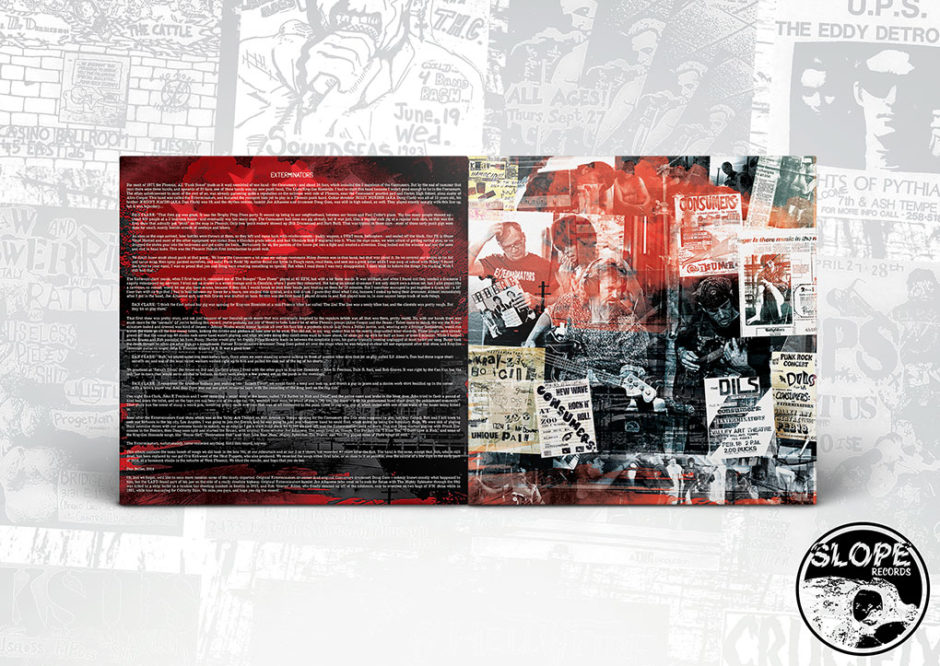 The Exterminators, a storied band of scofflaws and ne’er-do-wells who were part of the first wave of Phoenix punk rock, have reunited to release their debut album (!) Product of America, out Election Day (November 8) and available digitally and on limited edition blue vinyl through the Phoenix-based label, Slope Records.

Produced by Cris Kirkwood of the Meat Puppets, Product of America is a recording of songs culled from a rare cassette tape of the band performing live in 1978 with the original lineup featuring Dan “Johnny Macho” Clark on vocals, his younger brother Doug “Buzzy Murder” Clark on guitar, Don Bolles on drums, and the late Rob Graves on bass (Kirkwood took over for the departed Graves on the new album).

“I couldn’t be more honored to be asked to be involved with this record and fill in for Rob Graves, who, sadly, is no longer with us,” adds Kirkwood, who considers members of the Exterminators some of his best friends. “Who could turn down a project featuring, you know, such inspirational songs such as “I Hate You” and “I Don’t Give a Fuck?”

Formed in 1977, the Exterminators went on a brief (nearly 40 year!) hiatus in 1978, with the various members going on to form a variety of seminal punk rock bands, including The Feederz and Victory Acres (Dan Clark), The Brainz and Mighty Sphincter (Doug Clark), The Germs, Celebrity Skin and Ariel Pink (Don Bolles) and 45 Grave (Rob Graves and Don Bolles). 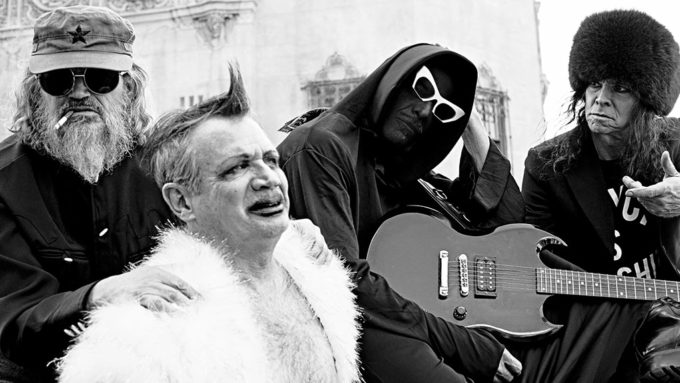 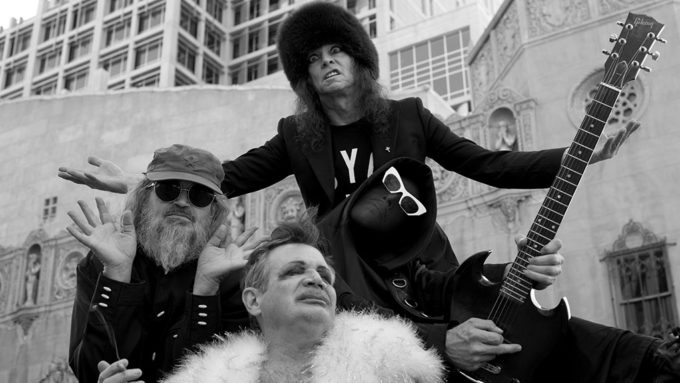 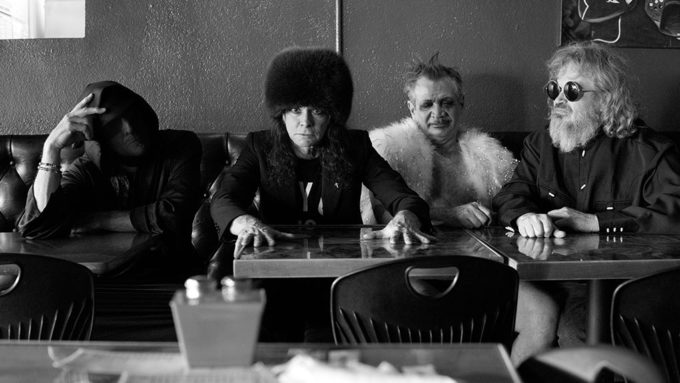 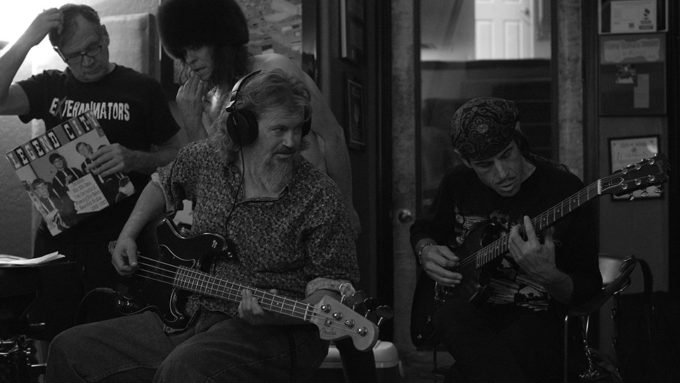 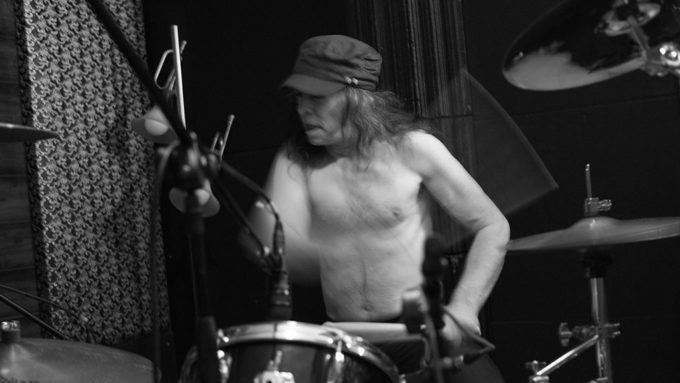 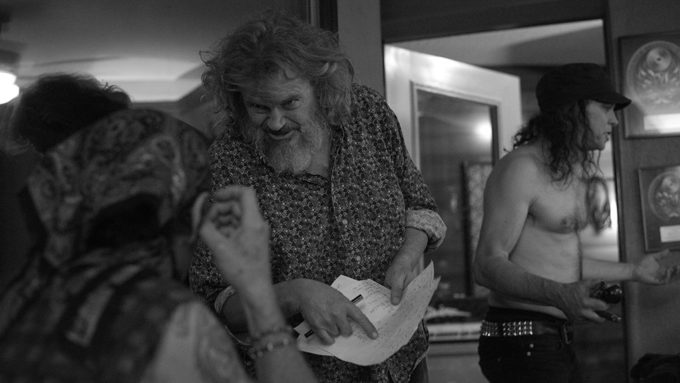 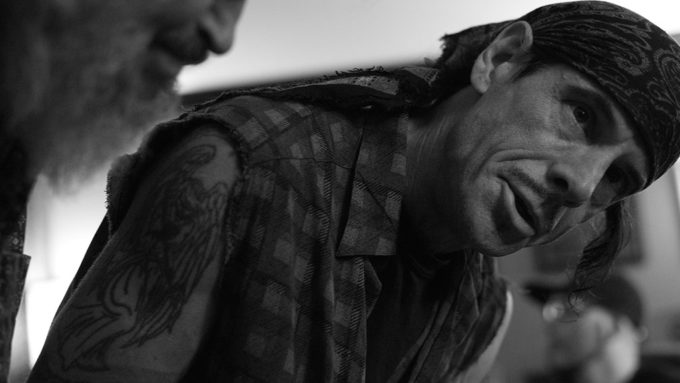 Cred From the Credible

“Well, here’s the thing. I was, at first, very leery. I’ve listened to the Exterminators cd about six or seven times. That’s a lot for me when it comes to new music. I love Don (Bolles). I love his drumming. The playing on the record is great. Johnny Macho, to me, he’s the most important part. We’re speaking about Arizona, and what’s next to Arizona? Colorado. And another guy from Colorado is another one of these nasally, high pitched kind of vocalists and that would be Jello Biafra, and we’ve got that thing kind of going on here and that’s interesting. The Exterminator family tree thing is pretty fucking amazing.”

“From the times where Watt got both fueled and catapulted by the movement is time-warp re-ignition from arizonaland of material that moves Watt much due to original drummerman Don teaming up w/old-time thudstaff wrasler Watt inspirer Cris delivering the vital feels way up into this now here moment. it put’s me way out as I do my tether-ball dance due to finding myself most resonating w/it cuz of it. Watt bows low w/much respect towards these exterminators’ direction. my recommend: get.”

“Lost & Short-lived AZ based Germs-related proto-punk/hardcore unit, whose all-star line up happened to include a PreGerms era Don Bolles, paired up alongside future-heavyweights who would go on to form 45 grave & The Meat Puppets?? Um…Yes Please.”

“A must have for Germs and early Meat Puppets fans. 5 out of 5 stars.”