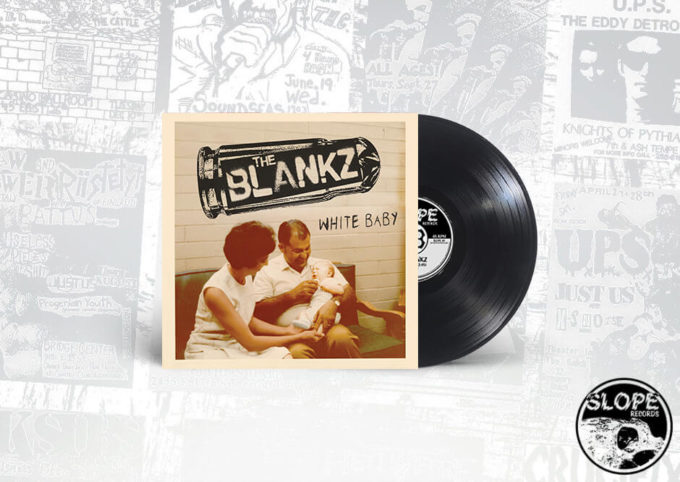 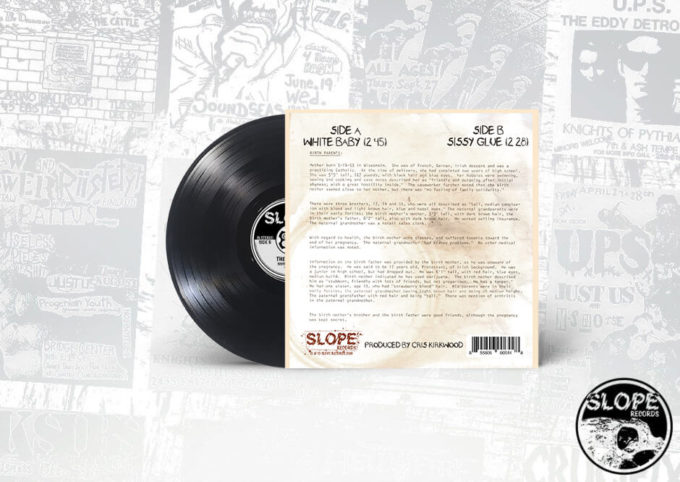 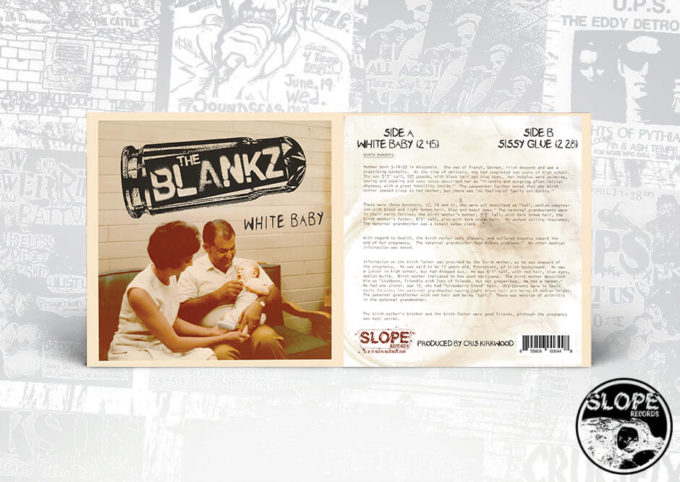 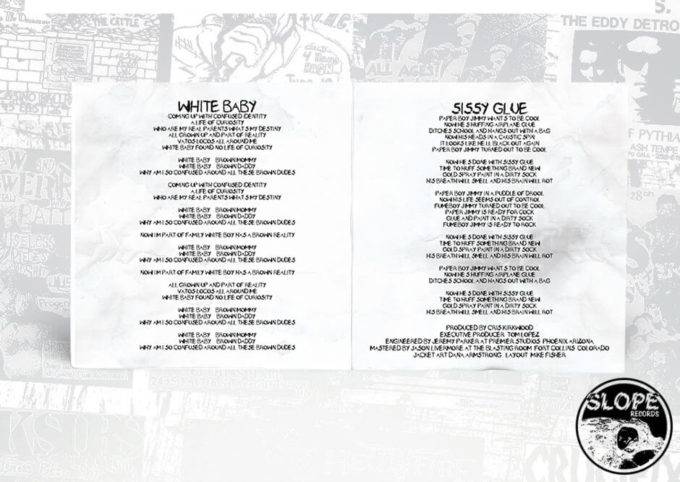 “A” side, “White Baby” is a true story. The Blankz’ singer, Tommy Blank, comes from a unique background as he was adopted as an infant (of mainly Irish, French, and German heritage) into a Mexican family in Phoenix, Arizona. The considerable confusion that followed is something just about anyone can understand, but luckily for us, it resulted in a supportive family life for young Tommy and a killer song from his new band, The Blankz.

“B” side “Sissy Glue” weaves the classic tale of “Fun with inhalants” that is sadly lacking weirdo punk today. Just like huffin’ some righteous paint, “Sissy Glue” punches the listener right in the brain stem with a buzzy high that just won’t quit. Grab your favorite sock, a can of Krylon, and fire away. The brain cells you kill just may be your own.

FREE with every White Baby 7" order