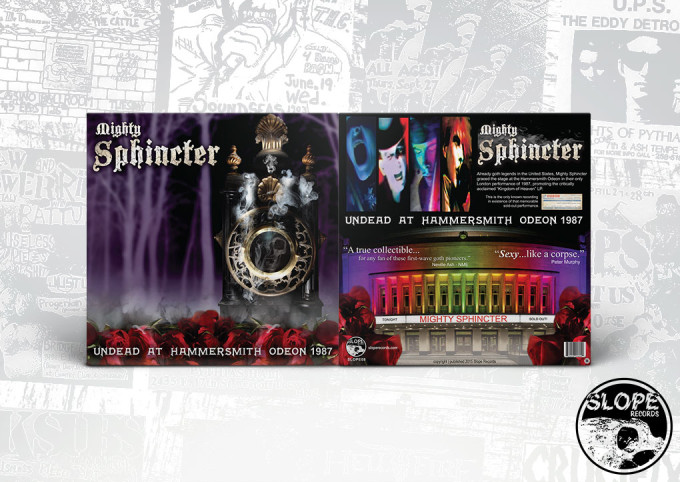 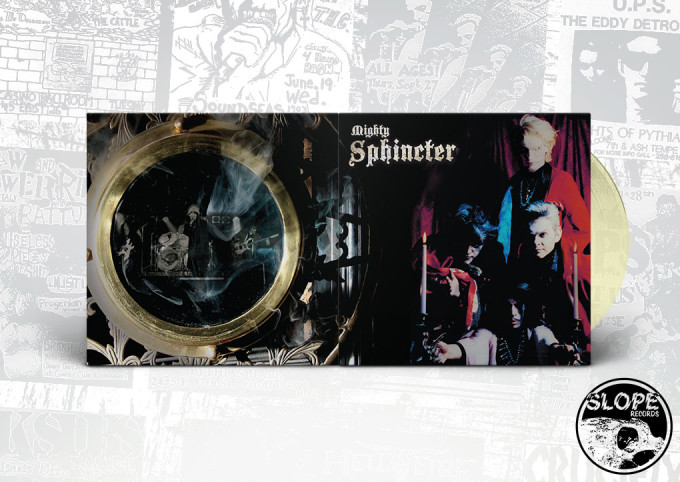 Mighty Sphincter’s first official release in 15 years captures the legendary deathrock group’s 1987 performance at London’s famed Hammersmith Odeon, where the band’s classic lineup played in support of its landmark The New Manson Family LP (Placebo Records). Of all the weirdo punk acts that emerged from the fertile late ’70s/early ’80s Phoenix underground scene, Mighty Sphincter might have been the weirdest (and most original).

Setting the tone for the goth rock that soon would emerge worldwide in 1980s, Mighty Sphincter melded unusual time signatures and leader Doug Clark’s punk/metal guitar riffing to create a spooky vibe before spooky vibes were cool. After a nearly 10-year hiatus, Clark re-launched a new incarnation of Mighty Sphincter in 2010, which continues to this day, but it’s Undead at the Hammersmith Odeon 1987 that catches the band performing at the peak of its mysteriously sinister powers.

Mighty Sphincter has never disappointed their fans and will continue to lay claim to their rightful place in underground music history. Available in a limited run of Ghostly Clear with Purple Splatter and Ghostly Clear vinyl.

The sound, which allegedly lived solely on a cassette for decades, is amazing; the musicianship is top notch, with their heavy jazz undertow in full evidence and the sly humor intact.
Read More

Phoenix, Arizona has a rich punk rock history with a rich musical tone that was often slightly left of center, and always at odds with itself in a playful yet teetering on the verge of implosion sort of way. The darkest, though, of all of the Arizona bands to achieve some national and international acclaim, is Mighty Sphincter.
Read More