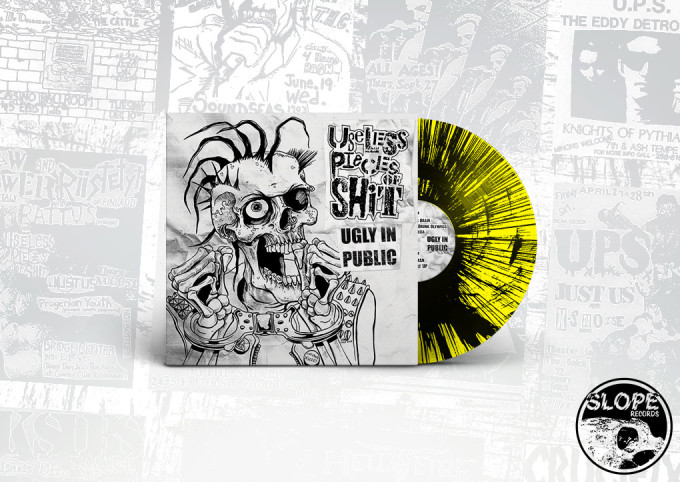 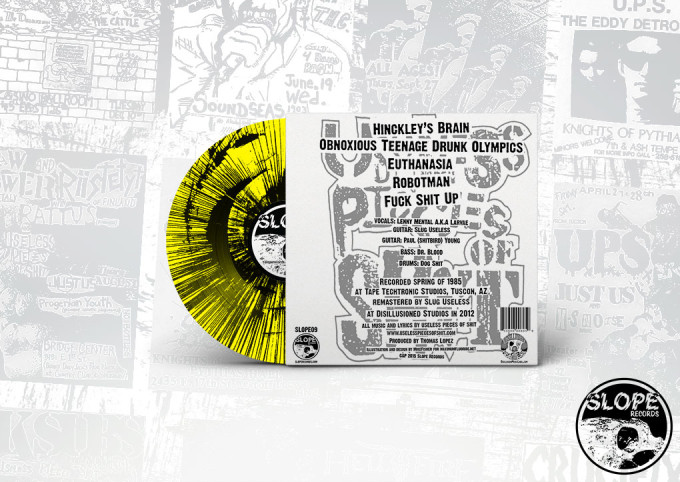 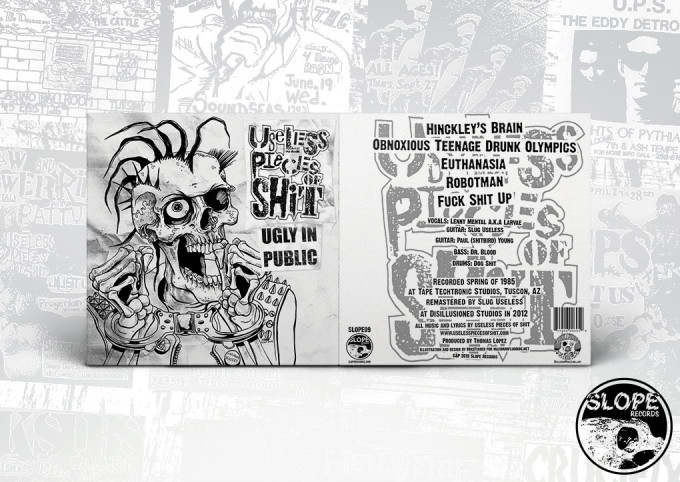 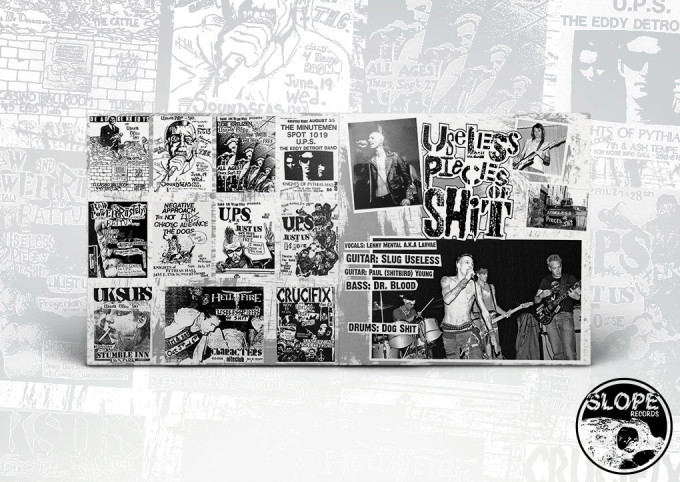 Slope Records’ ninth release with Useless Pieces of Shit 5 song 7″ EP, Ugly in Public is pressed on black and yellow splatter vinyl. A collector nug from Tucson punk pioneers. UPS were fucking shit up long ago and deliver 5 tracks of speed punk ahead of its time.

Recorded in 1985 and long out of print, Ugly in Public sounds as fresh today as it did during the shitty Reagan years, presenting ahead-of-its-time speed punk with all the weirdo left turns that made first- and second-wave Arizona underground rock the most unique in the nation. Tucson’s Useless Pieces of Shit were fucking shit up in the Old Pueblo while the rest of the scene dreamt of moving to LA to toil in the Paisley Underground. Pressed on truly sick yellow and black splatter vinyl in a gatefold jacket that includes gnarly mid-’80s flyers, the Ugly in Public 7″ features five tracks of Lenny Mental’s guttural howls over the unforgiving roar of a band pushed to its limits. As far as nuggets go, Ugly in Public is pure gold for collectors of all things classic Arizona.