Master Producer/Guitarist Paul Leary (Butthole Surfers) with his new band the Cocky Bitches featuring Sam McCandless (Cold ) on drums and the infernal Baroness on vocals will put a spell on you…a sleep with your eyes open spell.

Tv’s Ok” a raucously fun Queer a go-go Personals ad/ Anthem and “I Love Dick” a Lynchian tone poem to the boy next door released on fetish pink vinyl. Paul Leary’s guitar is lush and seductive while Sam’s heavy throbbing swagger pounds through the tracks. The Baroness with her bad attitude and commanding psychedelic blues punk vocal makes this first release from the Super group the Cocky Bitches a must have! A 7″ taste for what’s to come on their full length. 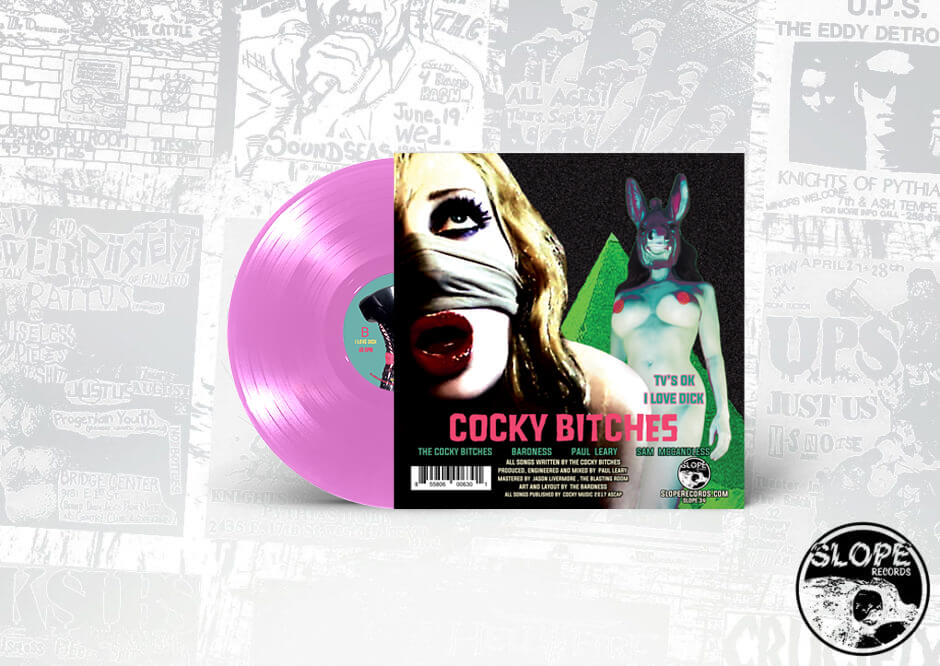